This website is not compatible with Internet Explorer. Some features might not work correctly in this browser

We recommend that you use the latest version of Chrome, Firefox, Microsoft Edge, or Safari for the best browser experience.

So the work on the track renovation has begun!  Within half an hour of the last race on 3 January, this machine arrived to remove all the surplus grass off the track.  43 large bales of silage come off.  It just shows what a thick grass cover is held on a racing surface. By the following Monday back up arrived!! What a sight to see all these large machinery arrive in convey onto the track. 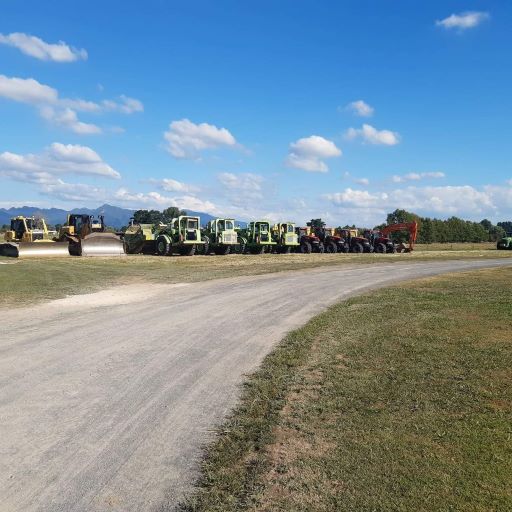 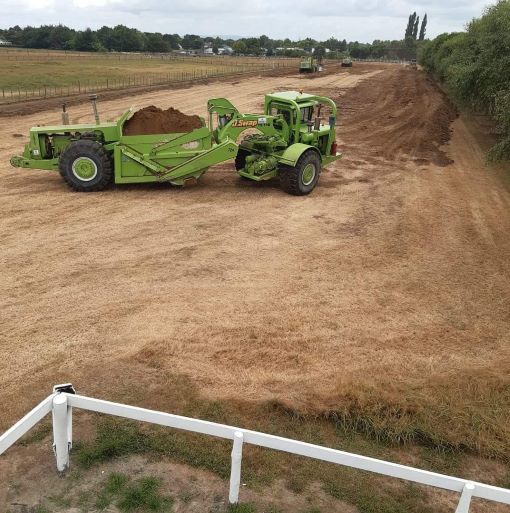 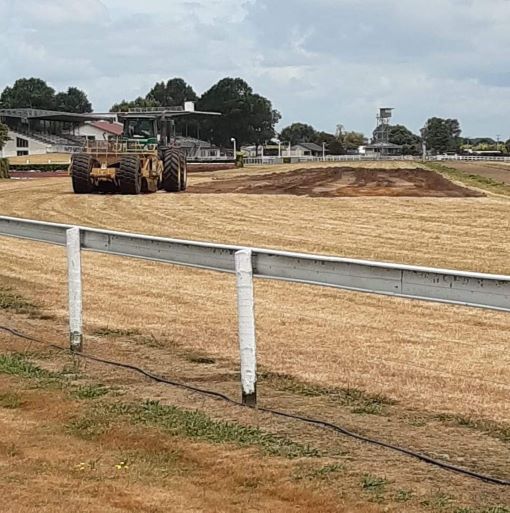 There have been a few challenges though! The boys were trying to remove the winning post when they realised how much concrete there was holding it in the ground. It isn’t going anywhere without the assistance of some large machinery. Watch this space …. 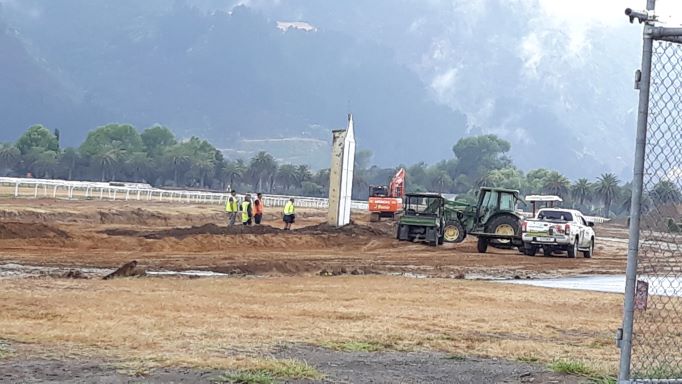 By the end of next week we should be ready for the drainage and irrigation which is booked in to begin late February.